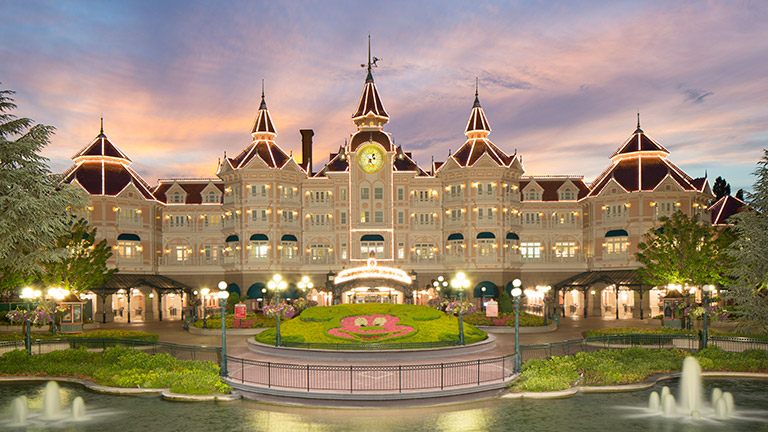 Every Disney lovers who visit the Disneyland Paris likes to stay in a hotel near the Disney park. Because it is easy to reach Disney park in next morning and most of the hotels situated near Disneyland Paris, brings a fabulous experience with Disney themed touches. However, stay in a Disney hotel is more valuable than it. Because Disney hotels are Disney themed hotels. It is an experience like, you are on another part of Disney park. So, let’s check out something about Hotel Disneyland and how to get from Paris airports to Hotel Disneyland.

This attractive hotel consists of all of luxurious facilities with categorized rooms, bars and restaurants, swimming pools, sauna and steam bath, spas, fitness centres, boutique, game centres and much more. So, don’t want to explain about its facilities. The best thing is, you can meet your favourite Disney characters in Disneyland hotel as well.

Paris airports and transportation in the city

You have three main transportation options to get from these Paris airports to Hotel Disneyland. You can pick a privet taxi from the airport, catch a train from the nearest train station or catch a shuttle bus. Transferring with train or bus may be a cheap option. But it is not comfortable for you. Because the train or bus will never pick you at the airport exit at your arrival time. They travel on a per made time table. And you can’t get off at the real destination with trains or bus. Because they stop at train stations or bus stops (but is not affected to shuttle buses offered to each destination. And you may face extra transfers from one train to another, one bus to another and last to a taxi as well to reach your destination. But you can skip all the above problems by pick a taxi.

How to get from Charles de Gaulle airport to Disneyland hotel

Distance from Charles de Gaulle airport to Disneyland hotel is only 39 km. it spends 20 min to 50 min duration to transfer by train or shuttle bus. That time is depending on service provider and number of stops. If you get by privet taxi, it spends only 30 to 40 minutes to the total journey. Our Paris Privet Shuttle service brings you the cheapest price among other taxi services to you. It spends only 60£ for the total journey to get from Charles de Gaulle to Disneyland hotel.

How to get from Orly airport to Disneyland hotel

How to get from Beauvais airport to Disneyland hotel

This is the airport situated from long distance to your destination. It’s 126 km. So, it will not be a comfortable journey with any transportation method. To get from Beauvais airport to Hotel Disneyland by train or bus, it spends at least 2 hours or more. And you have to face extra transfers from one train to another in train stations. It may too hard with your baggage and kids. And it may spend more time to wait for another train. So, most comfortable way is picking a taxi. You can reach the hotel within 1 hour and 40 min journey. With Paris Privet shuttle taxies, you cost only 130£ to get from Beauvais airport to Disneyland hotel.