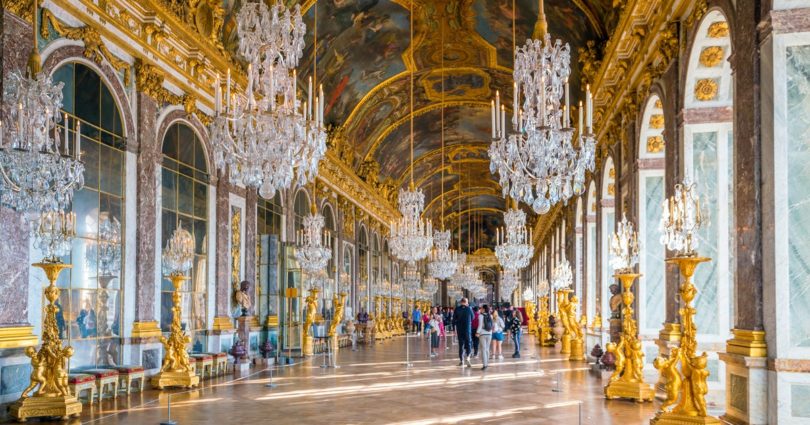 In present, The Palace of Versailles is a historical icon for France and it is a UNESCO world heritage site. In year 19837, it named the ‘Museum of the History of France’ by, King Louis-Philippe. So, it is not only a palace. It is something about the history of France.

Get from Charles de Gaulle to Versailles

How to get from Charles de Gaulle to Versailles by Train

There are 3 train journey options to transfer from CHD airport to Versailles palace. For all these options, you should walk to the CGD airport’s train station at terminal 2. It is the place where all trains operate from the airport to another destination. And it is one of the busiest train stations in Paris. However, there is no direct train to get from the airport to Versailles. And trains operate only from 5 am to midnight.

Among 3 train options, the easiest option is, catch an RER B train to Denfert-Rochereu. Then you have to catch a train to Gare Montparnasse. Once you get off from Gare Montparnasse, you have to catch the SNCF train to Gare de Versailles Chantries. That journey spends over 1 hour and 20 minutes. However, the other 2 train options are too lengthy and complex journeys. Mention those options here is not a valuable thing.

How to get from Charles de Gaulle to Versailles by Bus

Unfortunately, there is no direct route to get from Charles de Gaulle to Versailles by bus as well. The only option to get from the airport by bus is, catch a La bus from terminal 1 of the airport to Gare Montparnasse. From Gare Montparnasse, you should catch the SNCF train to Gare de Versailles Chantries. This is also quite a long journey as well as by train. The total journey by bus spends over 1 hour and 35 minutes. However, both public train and bus options are cheap options to anyone. But, not comfortable.

Get from Charles de Gaulle to Versailles is the most comfortable option. Because the above options are too long and it contains many changes during the journey. And trains and busses not available throughout the day. By transfer with a privet taxi, you can skip all the above issues.

The total time spends to transfer from CDG airport to the Versailles by taxi is approximately, 45 minutes. It is a too-short journey by considering other transportation options. Our Paris Privet Shuttle service available 24/7 in Paris city and CDG airport as well. It means, our vehicles, drivers and customer care staff are available anytime for you. We offer you the cheapest fees without any hidden fees. We will do everything for making your journey happy and comfortable. We facilitate extra services such as baby seats for free. And our staff will take care of your safety during your journey. So, nothing to worry for transfer with Paris Privet shuttle service for your every transfer during your Paris tour.